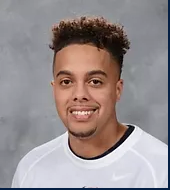 B.S. Criminal Justice at The University of Oklahoma

This is Austin’s 4th year at Ascension Academy as the head coach of the boy's basketball team. He has also stepped in as the interim Athletic Director while Coach Reid runs for Texas Senate.

Austin is an Amarillo Native. After high school, he took his basketball talents to Oklahoma, where he was a 4-year starter as an Oklahoma Sooner!

After completing college, he began his professional basketball career playing overseas. He, his fiancé, Ashley, and their oldest daughter, Addilyn, lived across the world in Lebanon for two years. He also lived in Switzerland, and Jordan and traveled to other countries to play such as, Italy, Iraq, and Iran.

After 5 years playing overseas, he returned back to the states to start his own business, Academy of Hoops, where he specializes in training kids in basketball skills and fundamentals.

He now has two more daughters, Ambry and Aspyn. In his spare time, he’s still coaching basketball! He coaches his oldest daughter, who competes in basketball tournaments across the country year-round. He also loves hunting, fishing, noodling, and watching sports